We are located in the heart of the historic centre of Palermo, in the Kalsa quarter, from the the Arabic Halisa, the elected citadel of the Emirs.

Many of the most significant monuments, cultural and artistic sites of the city are within walking distance of the Palazzo. Many of them are inscribed on the UNESCO’s World Heritage List (the Cathedral, Royal Palace with the Palatine Chapel, San Giovanni degli Eremiti, San Cataldo, Martorana). Also, you cannot miss Monreale, just a bus ride away!
The fascinating Botanical Garden is less than a few minutes walk. The Baroque churches of La Pietà and Santa Teresa alla Kalsa are nearby, and so is Santa Maria della Catena, facing the recently restored charming marina. A few steps away are the main museums, Palazzo Abatellis with the enchanting Annunziata by Antonello da Messina, the International Puppet Museum, Palazzo Mirto, Palazzo Chiaramonte, and the Gallery of Modern Art. A short walk through the old market La Vucciria and the scenographic Piazza San Domenico takes us to the celebrated Archaeological Museum. From there, the lively via Bara all´Olivella hosts the Cuticchio family Puppet Theatre (Teatro dei Pupi), which is a UNESCO Masterpiece of the Oral and Intangible Heritage of Humanity. will lead us to the Teatro Massimo, one of the most beautiful opera houses in the world. Behind it, the picturesque market Il Capo.

Butera 28 Apartments are just a few minutes away from the not-to-be-missed oratories of Santa Cita, Rosario and San Lorenzo, with Giacomo Serpotta´s splendid 17th-18th century stucco works. Also nearby are the churches of San Francesco, Santa Cita, San Giorgio dei Genovesi and Santa Maria in Valverde. Via Alloro, with its museums and palazzos – many of which have recently been restored to their original splendour – easily leads to the Quattro Canti, the heart of the city centre, around which rise the Baroque churches of San Giuseppe dei Teatini and Santa Caterina with their “mixed marbles”, the Norman San Cataldo and Martorana, and the mannerist fountain of Piazza Pretoria. From the Quattro Canti along via Vittorio Emanuele we will reach the Cathedral, the Royal Palace and the breathtaking Cappella Palatina, a culmination of Arab-Norman art. After visiting San Giovanni degli Eremiti, a stroll through the Albergheria quarter and the lively Ballarò market takes us to the Baroque Chiesa del Gesù or Casa Professa. It is an easy stroll back home through Piazza Bellini and Via Alloro.

Furthermore, if you would like to relax after a long day of sightseeing, the beautiful, clear waters of Mondello beach are just thirty minutes away. 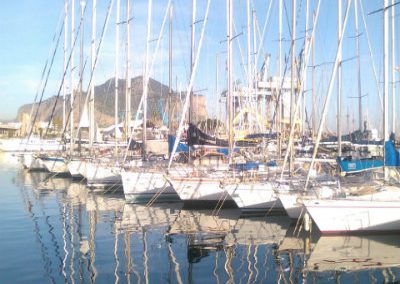 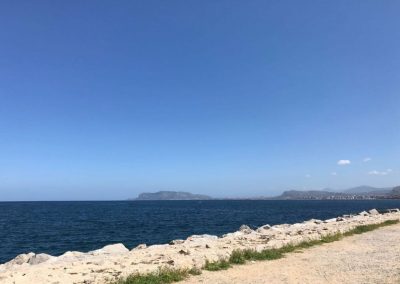 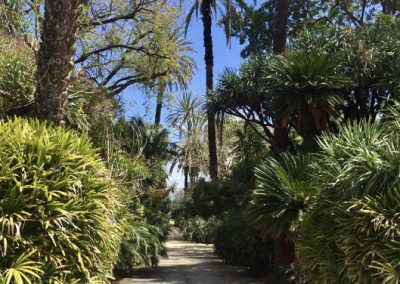 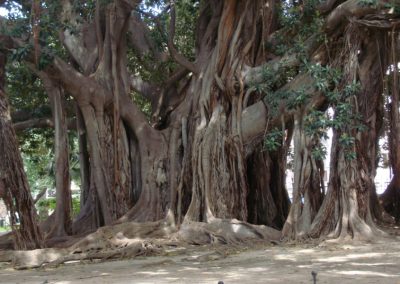 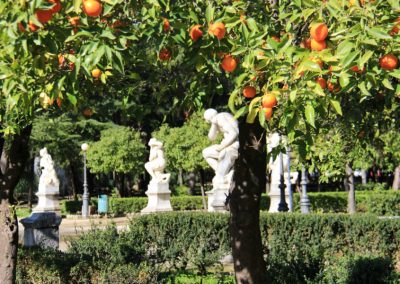 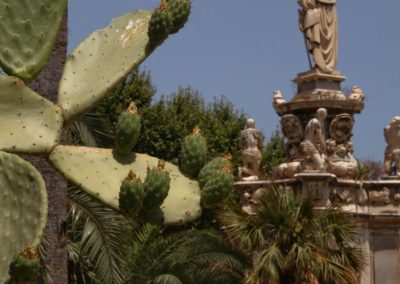 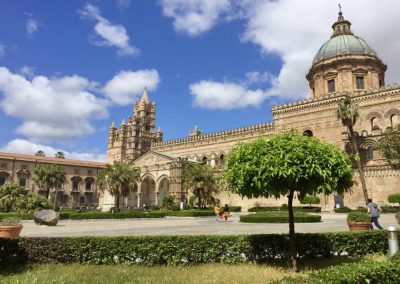 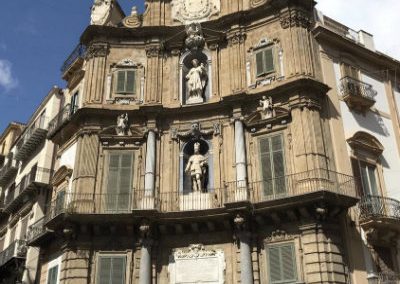 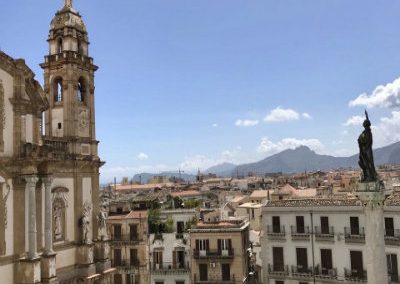 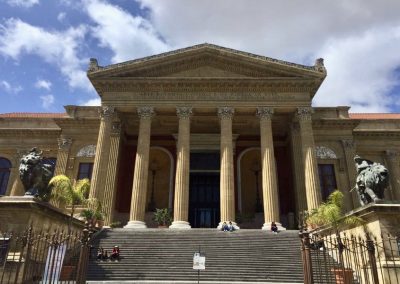 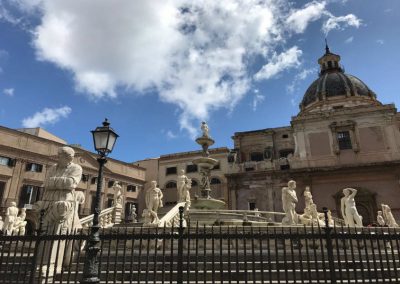 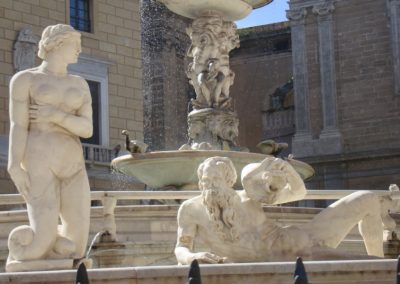 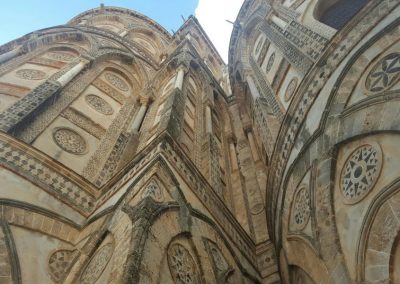 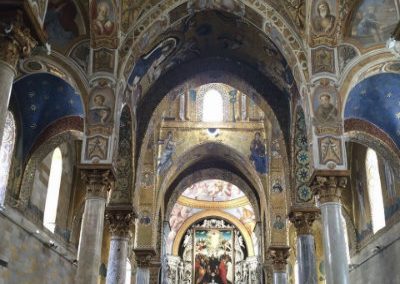 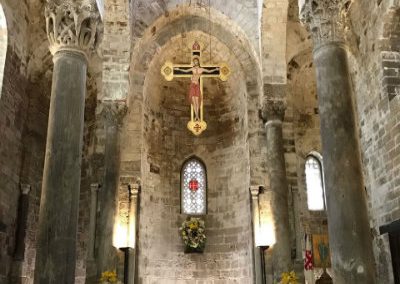 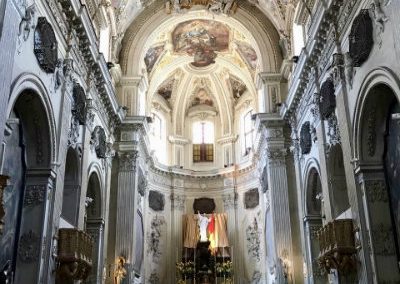 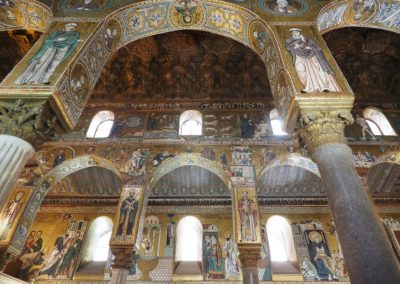 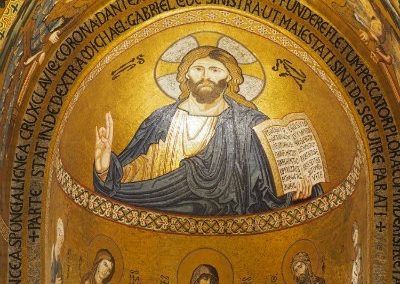 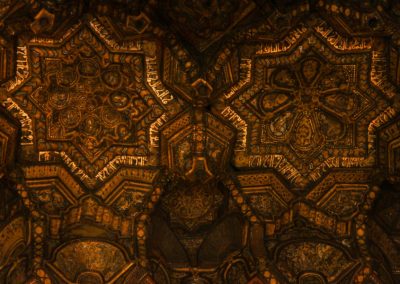 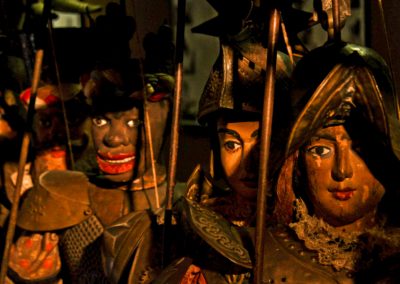 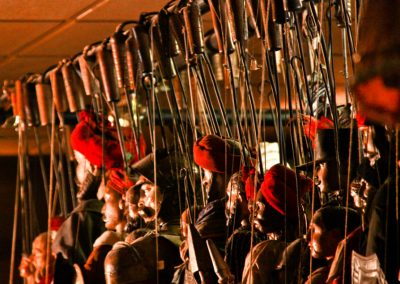 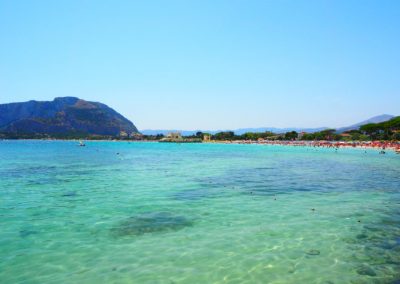 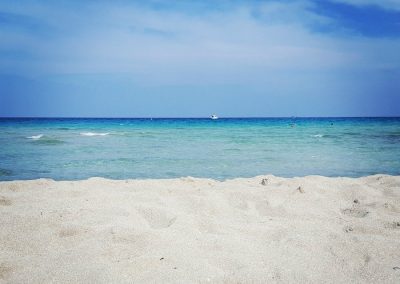