The last home of Giuseppe Tomasi di Lampedusa, the author of The Leopard

Butera 28 Apartments provide charming tourist accommodation in Palermo, Sicily, and are situated in the grounds of Palazzo Lanza Tomasi. The Palazzo is located in the historic centre of Palermo, in the heart of the Kalsa quarter, the Arab Halisa, the elected citadel of the Emirs. It overlooks Palermo’s stunning seafront with the twelve windows of its façade and the lush terrace, a real hanging garden rich of Mediterranean and sub-tropical essences.

The Palazzo was built between the end of the 17th century and the beginning of the 18th century atop the Spanish military casemates behind the 16th century city walls. In 1728 it became a religious university, the Imperial College for the Education of Young Aristocrats, run by the Theatine fathers. The college closed down in 1768 and the building was bought by Giuseppe Amato, Prince of Galati, who unified the frontage on the sea in Vanvitelli style and created the terrace and the ballroom.

In 1862 the De Paces, rich ship-owners related to the Florio family, bought half of the Palazzo and transformed it according to the taste of the period. An imposing staircase was created using marbles salvaged from the demolitions made for the building of the Massimo Opera House. A grand ballroom was built with a wooden floor made of alternating walnut and cherry staves.

The Palazzo has been the last home of Prince Giuseppe Tomasi di Lampedusa, the celebrated author of The Leopard, who spent his last years of life there after the destruction of his family mansion, Palazzo Lampedusa, during the the Allies’ bombings of April 5th 1943. His adopted son, Gioacchino Lanza Tomasi, has unified the whole property and lovingly restored the building.
The main charm of the Palazzo rests in its location and the grandeur of serene space and glorious sunlight. Its interior decoration is typical of the great houses of Palermo’s aristocracy and contains a valuable collection of furnishings from the great Sicilian cabinet-makers.

Most of the piano nobile consists of the writer’s house museum. Giuseppe Tomasi di Lampedusa’s historical library has remained intact since his death. In the ballroom, all his manuscripts are on display: the complete manuscript of The Leopard, the typescript refused by two publishers before being accepted by Feltrinelli after the author’s death, a draft of the fourth part of the novel including a page that the author never added to it, the manuscript of his Childhood Memories, his Lessons of English and French Literature and a first draft of the short story The Siren.

In the newly renovated South-West wing of the Palazzo, a room features the portraits of the author’s ancestors, including that of Prince Giulio Fabrizio Tomasi di Lampedusa, his great-grandfather, who inspired the main character of The Leopard.
The new wing also includes a Conference Hall with a beautiful frescoed ceiling and a stunning collection of 18th century French fans, and the Mediterranean Map Room with a collection of 19th century British nautical charts. The furnishing of the grand staircase, the two entrance halls and the historic library includes pieces of furniture and paintings salvaged from the destroyed Palazzo Lampedusa. Some others come from the Palazzo in Santa Margherita di Belice, the summer house of the author’s maternal family, the Filangeri di Cutò. Their Palazzo was razed to the ground by the earthquake of the Belice Valley in 1968. The remaining furnishings of the piano nobile come from the collections of the Marquis of Villa Urrutia and the Ruffo di Bagnara family which used to be in Palazzo Lanza di Mazzarino.

Palazzo Lanza Tomasi is a listed building and its owner is the President of the Association of Historic Houses of Sicily. 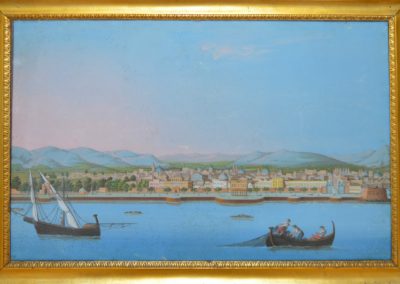 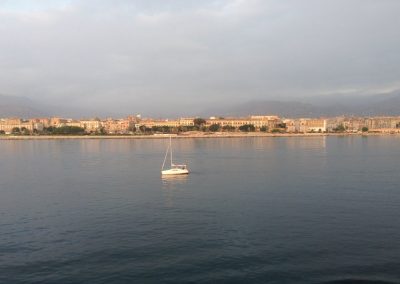 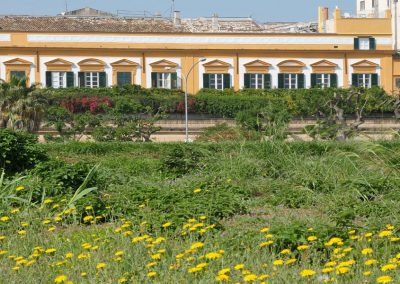 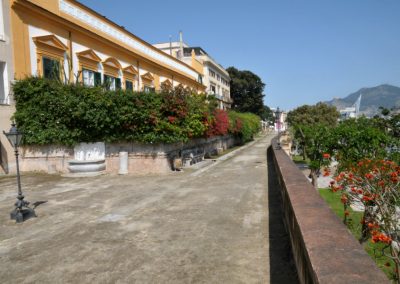 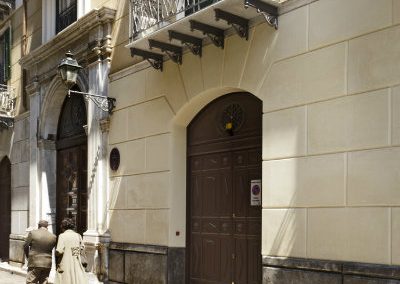 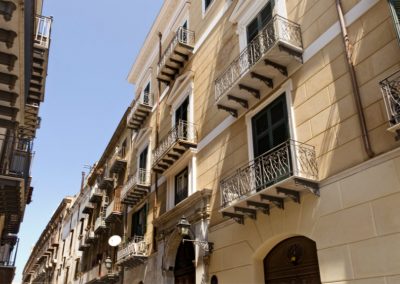 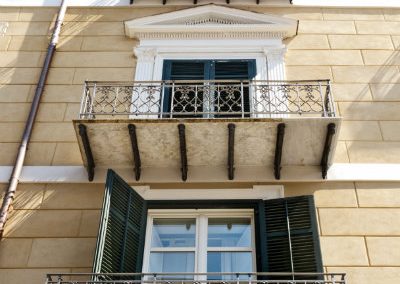 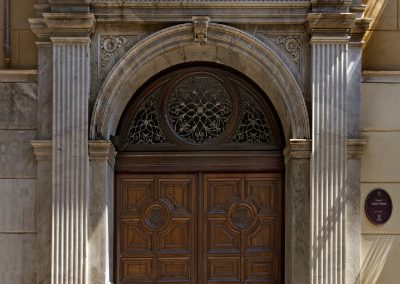 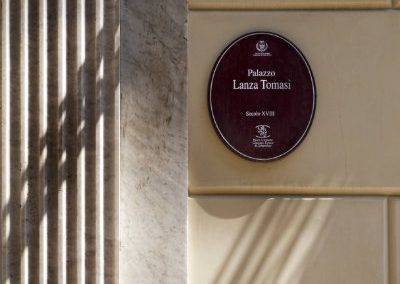 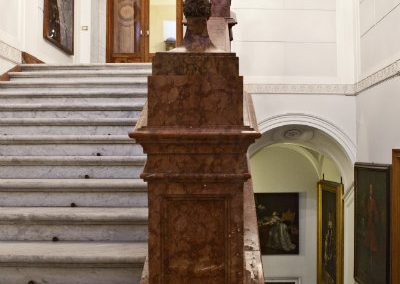 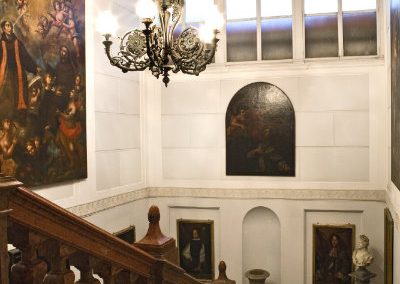 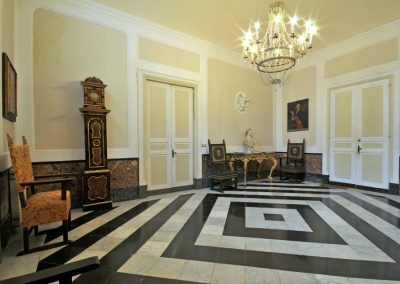 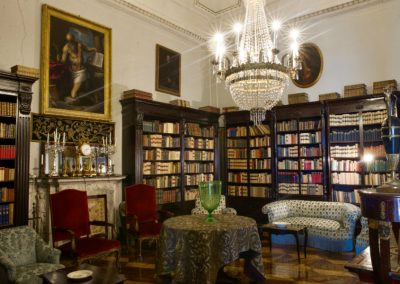 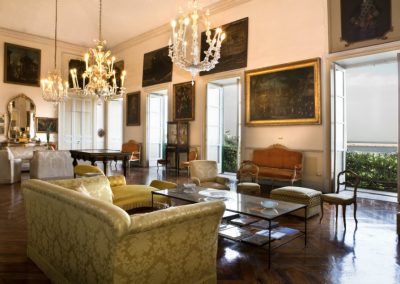 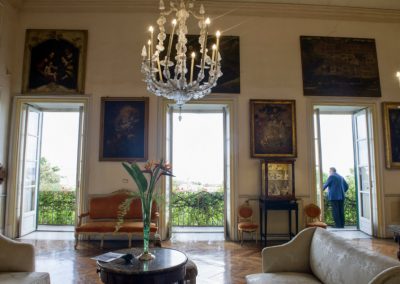 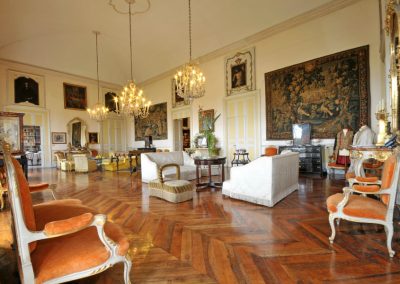 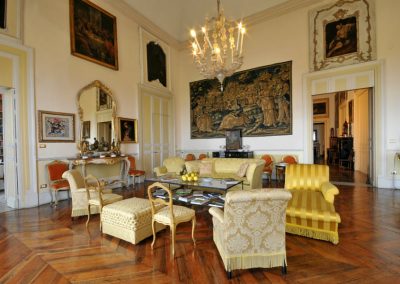 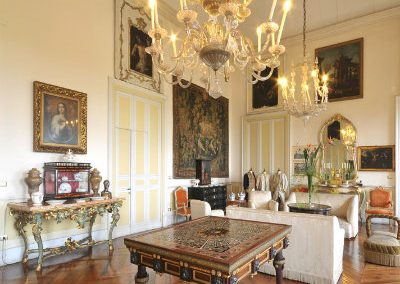 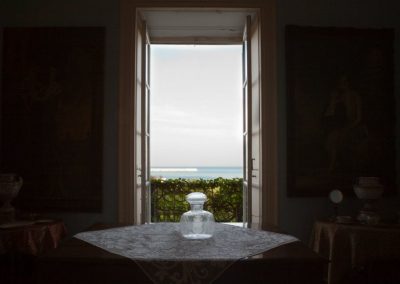 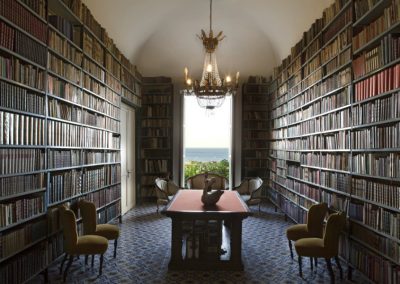 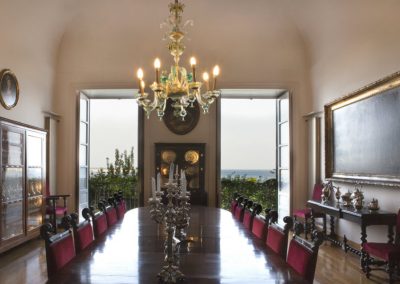 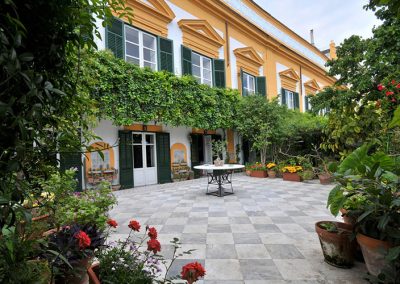